What’s the Story Behind Every Gemstone: The Ultimate Guide

If you’re interested in learning more about the history of gemstones, this guide will provide you with all the information you need.

Rubies, diamonds, and emeralds of all shapes and sizes have long been the subject of folklore and even curses because of their mystical properties. Aristocrats, wealthy collectors, and movie stars have all fallen in love with them.

Even more captivating than the gemstones themselves is the people’s reverence for precious stones. However, what about certain crystals and gemstones made them so sought after and valuable throughout history?

These are just a few things that we will discuss in this guide. We will explore the history and characteristics of these natural marvels.

What is a Gemstone

Gemstones are minerals, rocks, or organic materials selected for their beauty, durability, and rarity before being cut, decorated, and refined to create jewelry or other human embellishments. Even though most gemstones are hard, some are too soft or fragile to be used in jewelry, so they are frequently displayed in museums and pursued by collectors.

Here are some of the most important dates regarding the first use of gems by different civilizations based on current archaeological evidence and recorded history of gemstones.

We must not overlook gemology when studying the gemstone’s background. Samuel Barnett, a British jeweler from Peterborough, attended a National Association of Goldsmith’s meeting in 1908.

During the meeting, he stood up and proposed the idea of offering gemology lessons to help the jewelry industry at the time. The idea was widely supported, and an official committee for gemological education was formed as a result.

This was the beginning of what is now known as gemology. As a result, Gem-A, the British gemological association, was founded. Later that year, in 1931, the Gemological Institute of America, or GIA, was established.

Different Types of Gemstones and Their Story

A gem of the sea, aquamarine gets its name from the Latin aqua marina, which translates to seawater. Hope, good health, harmony, and happiness were said to be bestowed upon those who donned it.

Besides being the March birthstone, aquamarine is also associated with 18th wedding anniversaries as a symbol of rekindled love, friendship, and spiritual upliftment.

The most common and well-known variety of garnet is red. Named after the Greek word “granatum,” which means “grain or seed,” this gemstone’s deep red color reminded the ancient Greeks of the ruby pearls of the pomegranate. Garnets used to be considered a nightlight and protection against nightmares, so people would carry one with them when they traveled to keep bad luck at bay. Moreover, garnets, the January birthstone, are symbolic of love and passion and are traditionally given as a token of affection on the second anniversary of a couple’s union.

Sapphires are one of the most popular stones for engagement rings. Their beautiful blue color and deep meaning make them a popular choice. In ancient cultures, sapphires stood for a sacred promise based on being honest, pure, trustworthy, and loyal. Sapphires have stood the test of time and still mean all of these things in our culture today.

This mysterious stone comes in many colors, like peach, yellow, and a stunning deep pink. However, the deep indigo-blue sapphire is the most famous and is usually only found in certain parts of Myanmar, Sri Lanka, and Kashmir.

An infinite fire is believed to burn within this fiery red gemstone that has long been associated with deep love and passion. Although the color of blood symbolizes bravery, the ruby is also a gemstone that can be used in any type of jewelry, particularly rings. For the 15th and 40th wedding anniversaries, couples traditionally give each other a ruby as a gift, which is July’s birthstone.

This stone has been used as a talisman for centuries to ensure harmony, protect against sadness, instill confidence, and bring good fortune to the wearer. Furthermore, the ruby is a precious gem that brings out a wearer’s fiery personality.

As far back as ancient Egypt’s pharaohs, emeralds have been prized for their vivid, rich green color because of their regal connotations of royalty. Etymologically linked to health and prosperity, emeralds have long been seen as a good luck charm. As well as being the May birthstone, emeralds are frequently given as wedding anniversary presents for the 20th and 35th wedding anniversaries.

Emerald has a calming effect and helps to clarify thoughts and enlighten the wearer’s aura. For its green hues ranging from light to dark and sometimes reveal cool blue-green or warm yellowish-green, emerald is a member of the beryl family.

Notably, humankind has a long-standing fascination with gemstones. In a nutshell, gemstones represent our humanity. This explains why humans wore jewelry long before they could speak because it has a deeper meaning and value to them not only because of their monetary worth, scarcity, and longevity; but also because of the personal, historical, and cultural significance of the stories they tell. With all the information mentioned above, we can fully comprehend the gemstone’s story.

Discover Your Gemstone With Portofino Jewelry.

To bring your ideas to life, Portofino Jewelry provides custom jewelry design services. By combining your imagination with the skills of our designers and unrivaled access to the finest precious metals and gemstones available, Avon jewelry stores can bring to life designs you’ve only imagined before. Find out how we can help you design the gemstone jewelry of your dreams by visiting us today.

Turquoise December Birthstone: What You Need To Know

Portofino Jewelry is an extraordinary place designed to fit the needs of everyone! Portofino has a variety of items including watches, diamond rings, wedding bands, sterling silver & fine jewelry, handmade-in-Colorado jewelry, and fashion jewelry. 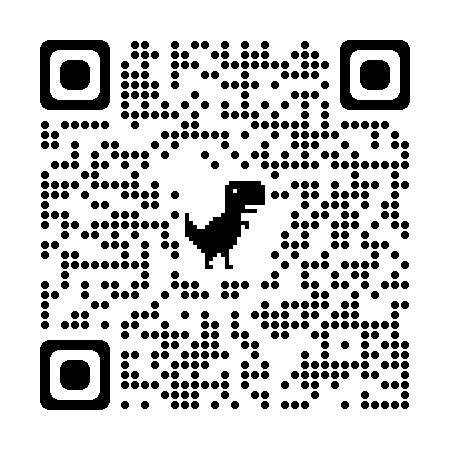